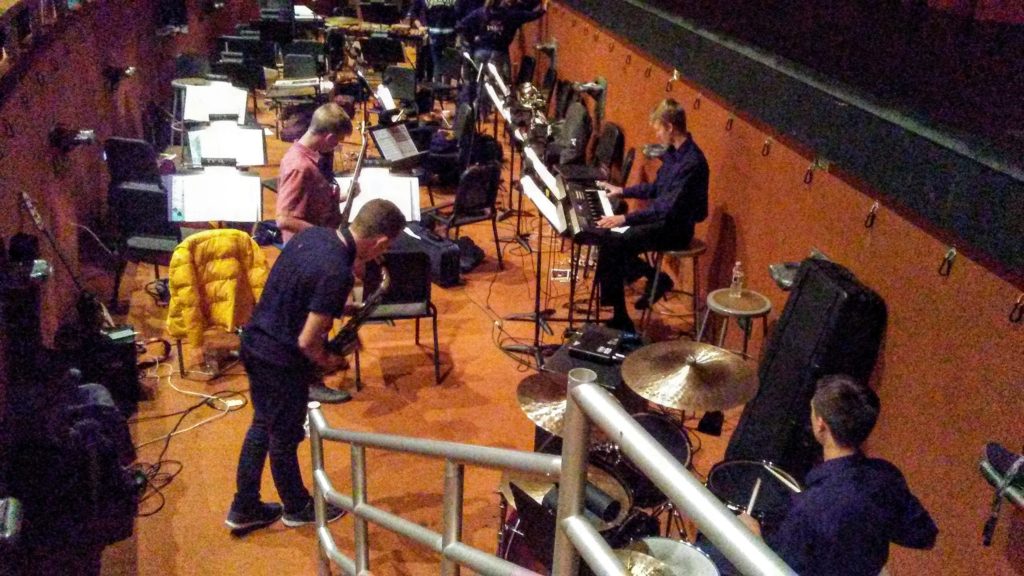 Captivated by the actors onstage, most people who saw Timpview’s Joseph and the Amazing Technicolor Dreamcoat probably gave little thought to those behind the scenes. Despite the obvious talents of the singers and stage crew, though, the show could not have been made possible without the music of the pit orchestra.

The 28-member orchestra, also known as simply “pit”, contained a wide variety of instruments, ranging from violins to clarinets to gongs. Compared to the simple piano recordings the cast had been using, the pit orchestra brought a significant improvement to the show.

The director of the pit, Patti Stroud, has been conducting for 12 years and is a strong advocate for the importance of a live orchestra.

“If you perform with a recording, there is not that same connection you get during a live accompaniment,” Stroud said. “There’s so much more richness to the whole performance when you have a live accompaniment. I think a live pit makes a world of difference.” 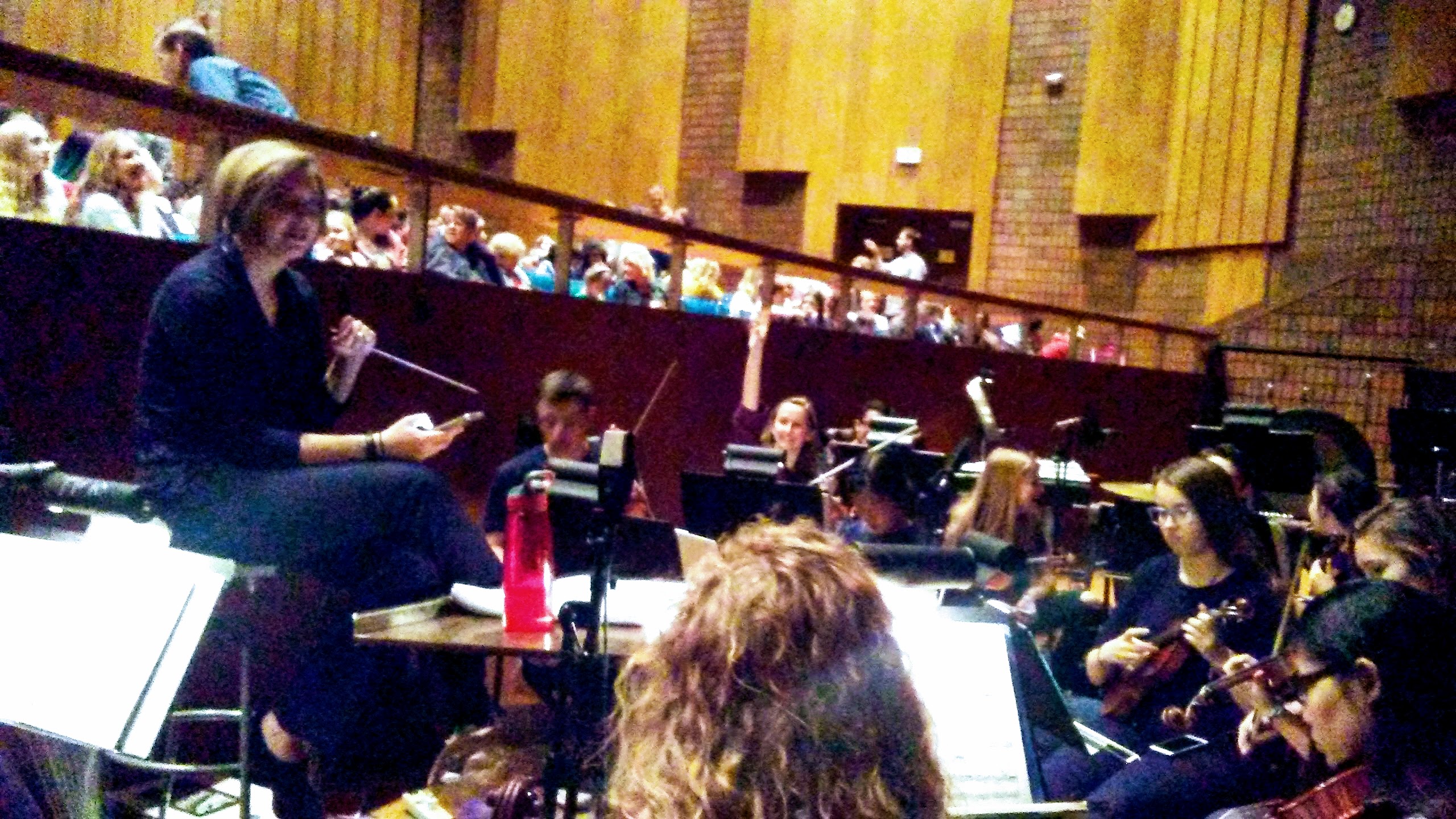 Mariane Rizzuto, who played a wife to one of Joseph’s brothers, raved about the pit.

“I’ve never been in a show where we’ve had a pit orchestra before,” Rizzuto said, “but I thought it was fantastic! Typically, we [the actors] are on stage singing, but having the instruments gave it a more communal and unified feeling that I really liked.”

In the weeks before Joseph’s opening night, the musicians had to work just as hard as the actors themselves. The orchestra rehearsed for up to four hours each day, and the two hours worth of music they had to learn was far from simple.

But in the end, their hard work paid off.

“[Being part of the pit] was definitely worth it,” said oboist Sarah Jacobs. “I made a ton of friends that I don’t think I would’ve gotten to be as close with if I didn’t do it, and the musical was great. Of course you have all the actors, but the orchestra makes the music.” 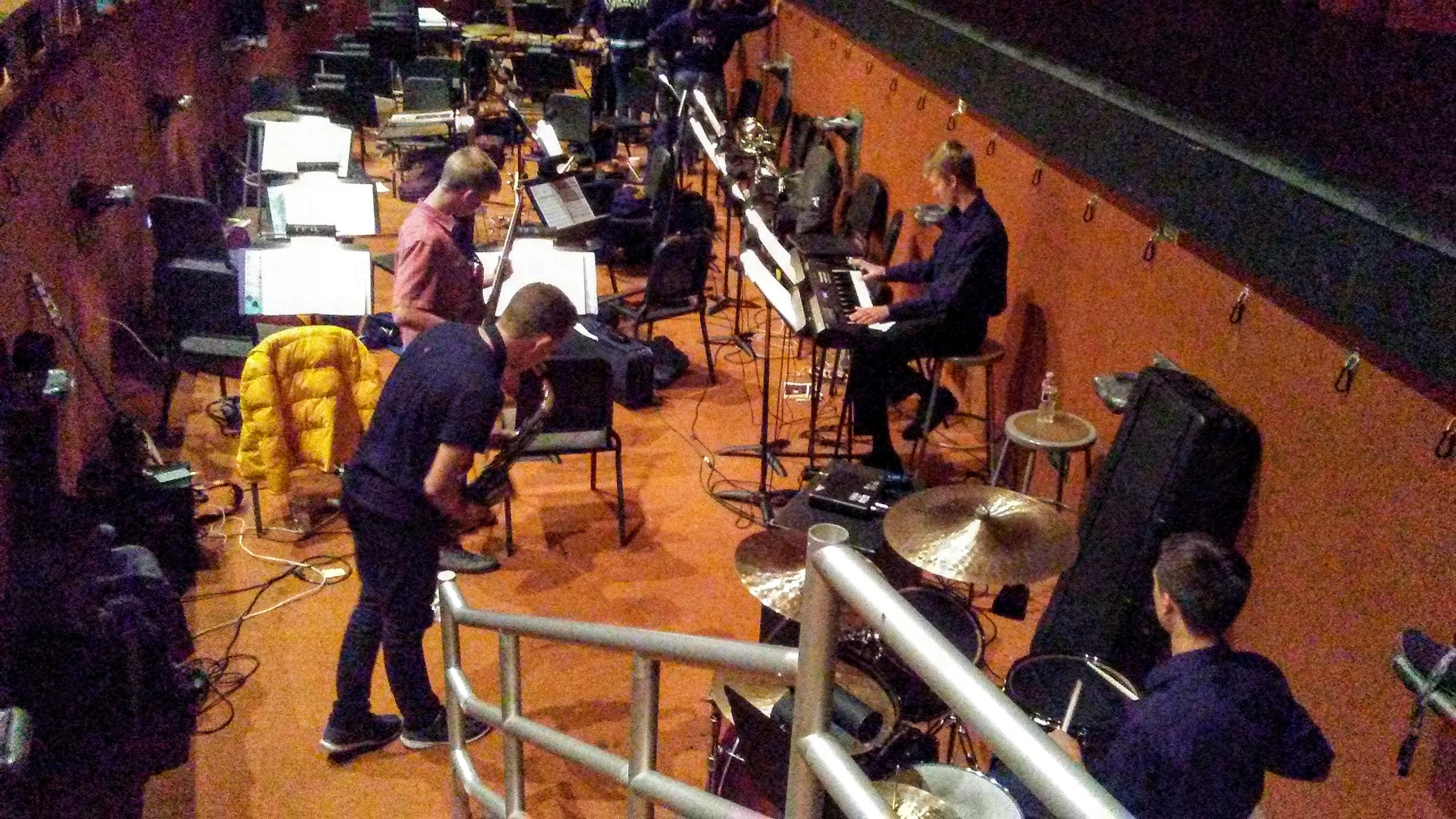