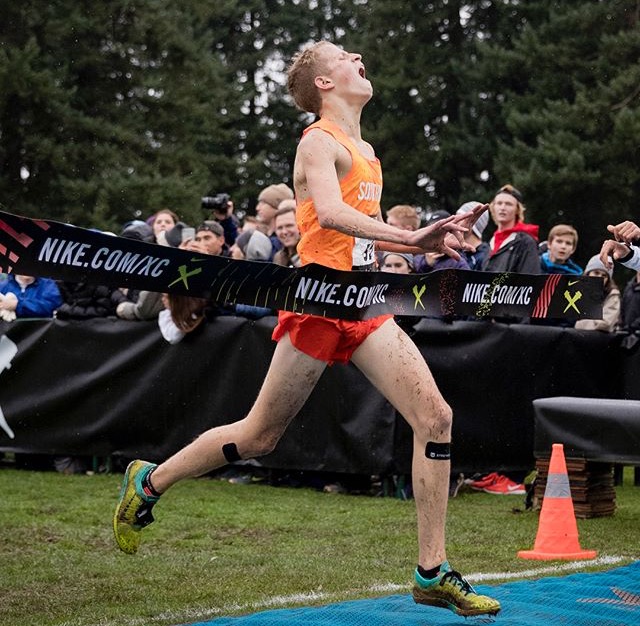 Coming from a consistent 4th place, in the final yards of the Nike Cross Nationals in Portland, Oregon, December 2, senior Aidan Troutner pushed past his other competitors to take home the national title. In a tight race where Tennessean Brodey Hasty was expected to win, Troutner broke the tape at 15 minutes and 3 seconds, Hasty trailing 2 seconds behind, followed by Liam Anderson (California) and then James Mwaura (Washington).

This is the third consecutive year the title will go to Utah. American Fork runner Casey Clinger took the title in 2015 and 2016 and now runs for BYU. Like Clinger, Troutner has signed to run with BYU next year.

Surprisingly this was Troutner’s first year qualifying for nationals. At last year’s Nike Cross Regionals in Arizona he finished 9th, one place behind qualification for the national race.