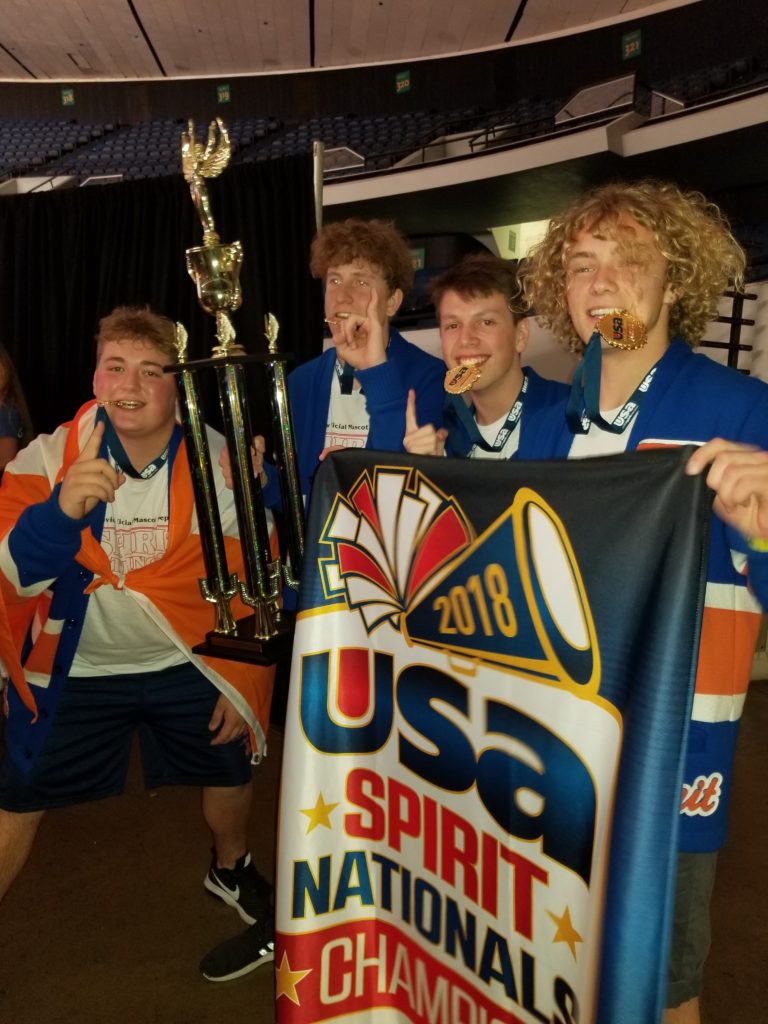 Their skit was a play on Stranger Things, where the spirit haters take the spirit stick to the upside down and the Thunderbirds have to get it back.

“Lots of other mascots had previously done dances or dance offs, so ours was unique because everyone else’s was generic,” said Franks

The team received medals for placing first, which they incorporated into their costumes for the Culture Week dress up days.

“We also got a four foot tall trophy and the plaque on it said ‘mascot first place’, which I thought was really cool,” said Doxey.  “We also got a banner that will be hung in the Thunderdome along with the stunt team banner.”

Being part of the competition was a fun, exciting experience.  “I was just so overjoyed that I was able to go and participate in such a goofy and fun competition,” said Lee.

But of course, winning was the best part.  “My reaction when we won was pure joy and excitement,” said Weight.  “Hearing our name be called for first place made me ecstatic. We all stood up and starting jumping and cheering, going crazy.”