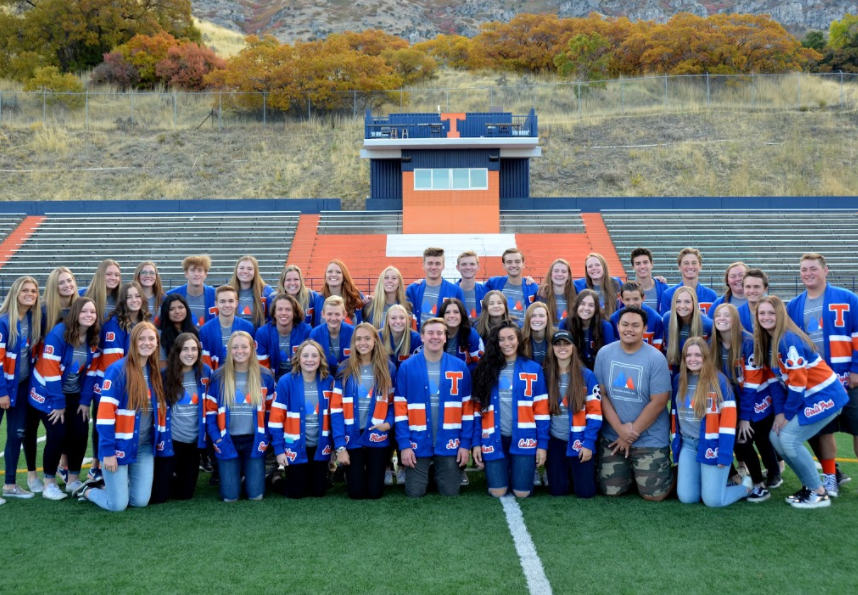 The first person to suggest to Lauren Osborn that she should run for student body president was former student body president, Eliza Smith, class of 2016. Lauren was still a sophomore, so she shrugged off the suggestion. But about a year later, she launched her first ever student government campaign. “I felt like there were some things I could do here to make things better,” Lauren said, “so I just did it.” She was elected as Timpview’s 2017-2018 Student Body President.

As she began her term, Lauren had two main goals for Timpview and the Timpview family: First, for no student to feel friendless or alone, as she often did when starting high school.

“I didn’t go to Centennial,” Lauren said, “so [coming to Timpview] I was like, “No one wants to talk to me, no one likes me, this is the worst!”

Lauren’s second goal for the year was to help every Timpview student enjoy their time at Timpview by getting everyone involved in school activities, from sports events to dances to competitions.

“There’s something about being involved in your school that makes you like your school,” Lauren said, “That’s how I was. I used to not be involved, but then I started doing stuff and I really like Timpview now!”

Thinking back on the school year, Lauren said, “I go to bed every night feeling guilty, [wishing] I did more that day….But,” she added, “I feel like we’ve done so many good things.”

Annie Jacob, Student Body Vice President, said, “We’ve tried to do things [this year] that include the entire student body, from tailgates before football games to culture assemblies…to stepping up our Instagram game and creating posts that highlight students and all the activities [going] on at Timpview…

“Everything we do is done with the best intentions…we care SO much about Timpview and want to make it better.”

One of student government’s proudest achievements this year was the annual Sub4Santa fundraiser, organized by Men’s and Women’s Presidents Ethan Lott and Brittney Conger, that raised over $124,000 and served 138 Provo families.

Looking back over all that Timpview’s student government and student body have accomplished together this year, Lauren said, “We’ve put in our all.