Utah Students March For Their Lives 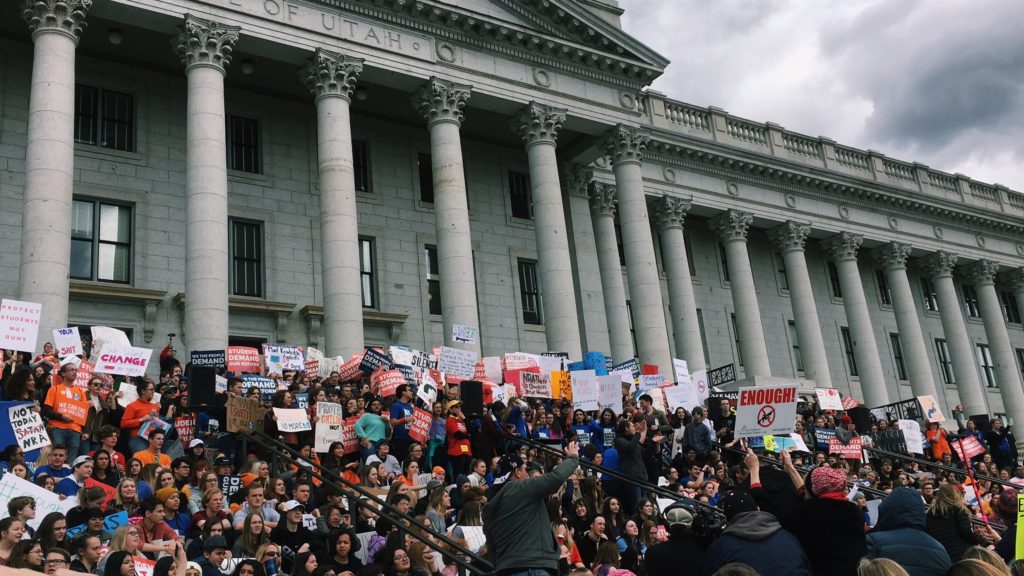 Thousands of peace signs filled the air as the gentle, somber sounds of John Lennon’s “Imagine” rebounded off the cold granite exterior of the Utah State Capitol.

For many in attendance, the Salt Lake City March For Our Lives held on March 24 called to mind the youth protests of the Vietnam War, and for good reason. With estimated attendance between 800,000 and 1,300,000 at the central March in D.C., the March For Our Lives was the largest group of youth protests to take place since the Vietnam War and possibly in all of American history.

¨Being around all of those people, uniting together, felt so empowering,¨ said senior Bridget Sorenson. ¨We made our voices heard, I believe. No one could ignore the thousands of us marching in SLC, or the millions of people marching across the nation. We aren’t being ignored. Whether people are responding with love or hate, they can’t ignore us any longer.¨ 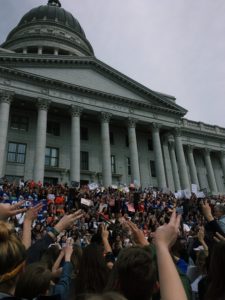 The SLC March For Our Lives drew an estimated crowd of 8,000 students, teachers, parents, and community members, making it one of the largest protests in state history. The March Before Our Lives, held earlier on the morning of the 24th by gun activists clad in black and clutching their weapons, drew a few hundred participants and spectators. Taking place in one of the reddest states in the U.S., the SLC March faced unique challenges.

¨I would say the two biggest obstacles that we faced were misunderstanding from the pro-gun group and people not taking us seriously because we’re teenagers. The pro-gun groups created a rhetoric that made the other student organizers and I seem like we are completely anti-gun, which is not true. My grandparents, aunts, uncles, and cousins are all gun owners and avid hunters,¨ said SLC March For Our Lives organizer Natalie Reese, a senior at Orem High School.

Many participants in the March For Our Lives movement have been criticized for their age, critics saying that they are ¨crisis actors¨ paid by Democrats to further an anti-gun agenda. The qualifications of student leaders to lead a national movement have also been called into question.

¨I’ve been asked so many times in interviews what it’s like being a teenager in this march and why I think I’m qualified to lead it. It’s overwhelming of course, but when you look in history, most revolutions have started with the young people mobilizing change,¨ said Reese. ¨It’s time for the teenagers, who are the most affected by this issue, to step up and do what the adults haven’t done.¨

To get involved with March For Our Lives at Timpview and to apply to be a Timpview MFOL Ambassador, visit @mfol.timpview and @marchforourlivesslc on Instagram.