The Tale of the Teenage Teacher 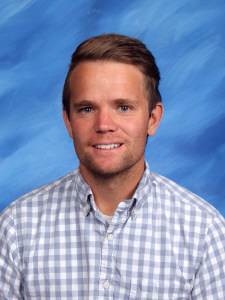 Many people have wondered why Mr. Wheatley reminds them so much of a freshman, and we believe the reason is that he is actually 15. We think that he’s part of a secret initiative to have super-nerd students teach basic classes because of the teacher shortage.

We first became suspicious that he was fifteen when one student described his experiences playing popular video games like FIFA and Fortnite with Wheatley, “When he lost he’d always rage. He would jump up and down and one time ended up throwing the controller though the TV.”

After we became suspicious we launched an investigation and the puzzle pieces started fitting together. While searching his room we discovered a stash of candy containing Skittles, Licorice, Pixie Sticks, Snickers and Twix, denoting a sweet tooth unrivaled by any freshman.

After only a few conversations with Wheatley we noticed that his voice cracked surprisingly often, even more than Mr Sutherland.

He’s also a similitude of a teenager in the facts that he spends more time on his phone than any of his student are allowed to (or would), and has already written a teenage heart throb novel.

Another story that we found highly suspicious was related by one of his soccer players, “We watched a chick flick as a team activity, and by the end Wheatley was in tears. We were wondering if we should call his parents, but he calmed down after we gave him some of his candy.”

Crying during a chick flick could be nothing, but we think that it’s showing emotional instability that is commonly found in adolescents

Despite all the evidence we have the final clincher for us was the lack of a girlfriend. One of his students said, “I’ve always wondered why he doesn’t have a girlfriend, he’s a great catch. But now I know that it’s because he’s Mormon and not 16 so he’s not old enough to date.”