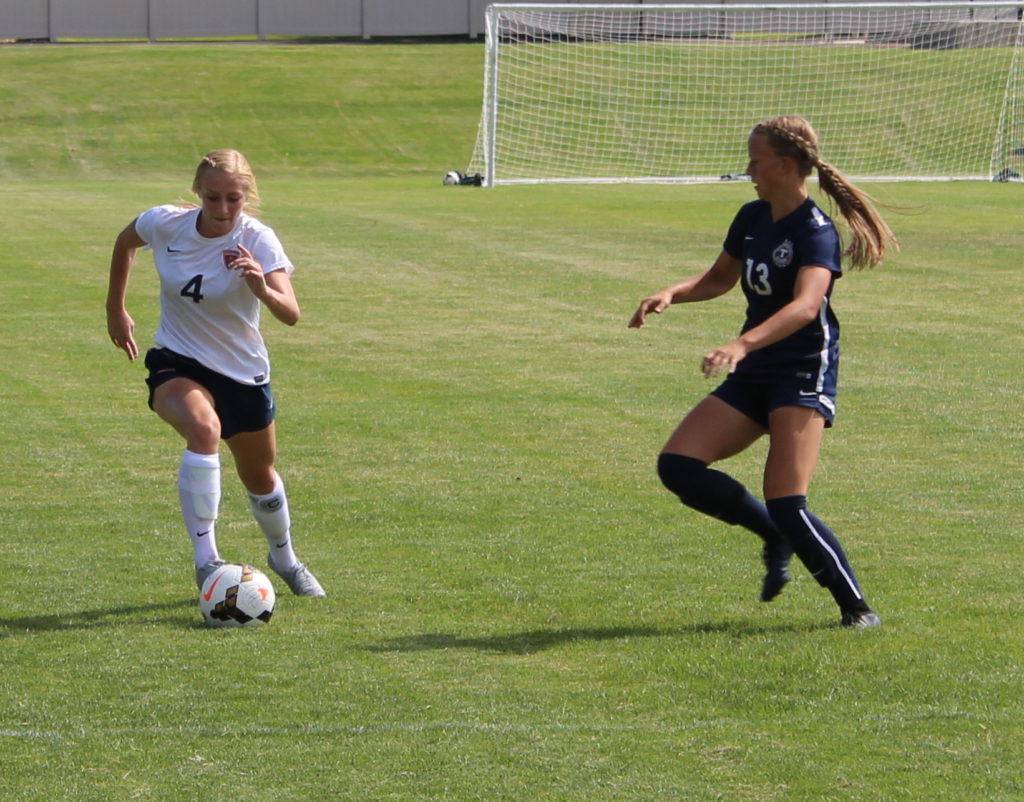 Timpview women’s soccer blasting into 2018 with a 2-2-0 preseason record.  They return from last season’s 14-4-0 record and a trip to the state semi-finals.

With the success the team had last year, both the players and the coach, Eric Brady, have high hopes for their upcoming season.

This new season is a big opportunity for the eight new starters. The lady T-birds are still working on finding their rhythm. Senior captain Abby King commented that the team mostly needs to “work on the little things.”

“The seniors last year did an amazing job of preparing us to be seniors and the leaders of the team this year,” Abby said, beaming. “We just need to take it game by game… and work on playing as a team.  We’re great friends on the field and great friends off the field”

In their fourth 2018 game against Timpanogos, the defending state champs, our lady T-birds were leading 2-1 at halftime.  The Timberwolves came back to win 3-2 in the second half. However, our team showed that, in Coach Brady’s words, “They were the better team between the boxes.”

“This preseason we’ve made inexperienced mistakes.  We have eight new starters this year, and we just need to work on a few different things as a team,” Coach Brady said.  “You can try your best to prepare them for what a real game is

like, but it’s just not the same as a game. Being in the games is the first time they get to experience the emotions. It’s just a whole lot of fun.”

One of those eight new starters is sophomore Paige Kawa, the new keeper.

“It’s hard going in young,” she said, “but we all get better every game. We hope we can keep working hard and make it all the way to Rio this year.”