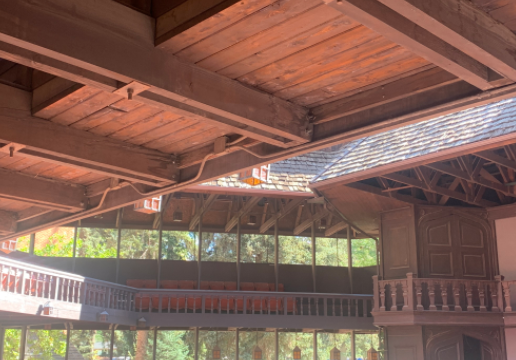 Timpview’s talented Drama Production company, Dance company and tech crew went up to the Shakespeare Festival in Cedar City to compete from the first through the third of October. At the Shakespeare competition, they competed in various categories, and Saturday night was the awards ceremony. Timpview took home two awards, which included snatching 2nd place for a tech portfolio by the talented Abby Kraczek. When asked how she felt about winning, she told our journalism staff that “it felt really good to be acknowledged for tech.”

In addition, Pro-co and Dance-co won 3rd in the sweepstakes, meaning they won for the highest collective score including Pro-co, Dance-co and tech. We spoke with the drama director, Mr. Avila, in regards to what he thought of our drama team winning 3rd place. “I was at first shocked and surprised because the monologues hadn’t place, but also… happy.”

Autumn Bay, a senior in Timpview’s Pro-co, said that  “It was definitely a surprise, but I’m really proud of the work [Pro-co] put in.”

It is safe to say that Timpview has an optimistic future when it comes to our arts. We are proud of our Pro-co, Dance-co and tech crew for their hard work, and look forward to seeing how they progressive from here.