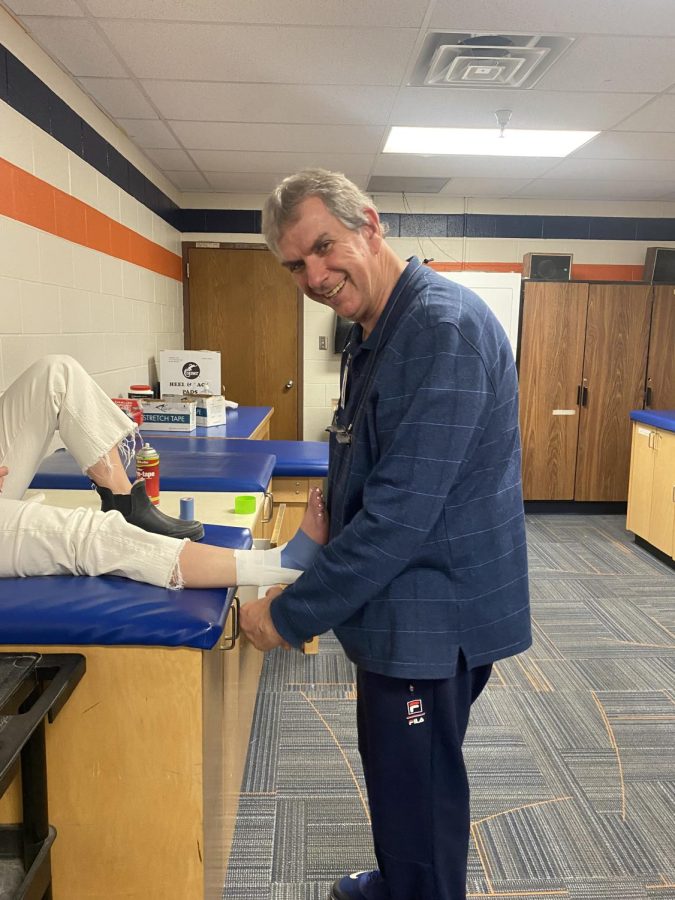 Ben Ross may not be a name listed on the roster or a legendary coach but his contributions over the past 30 years have been monumental. He has served Timpview for almost every State championship since 1992. He has seen almost everything throughout his time here from crazy injuries to triumphant victories. Here are two of his favorite stories:

Matt Reynolds, who graduated from Timpview in 2005, was the starting defensive lineman in our game against rival Provo. On the first play of the game, Matt jumped up and intercepted the ball, and took off for the endzone.

“By the time he got to the end zone, he had half of Provo’s team on his back. But I guess they forgot to go for his legs.”

Coach Louis Wong, who coached at Timpview from 2005 to 2011, led the Thunderbirds to a first-half lead of 36-9 in the rivalry game against Provo. That’s when the opposing coach made his way into the locker room and asked Wong to remove all of his starters for the second half.

“When he put in 3rd string running back, He scored twice, touched the ball twice.”

Timpview sports covers 23 sports across both boys and girls competition and the next athletic trainer will have big shoes to fill.

“The contribution Ben Ross has made to Timpview High School Athletics over the years is immeasurable, said Athletic Director Wendy Anae. “Ben has worked long hours for many years to meet the needs of our student athletes and athletic teams. We will miss you, Ben, and we thank you for all you’ve done to keep our athletes healthy. Enjoy your well-earned retirement.”